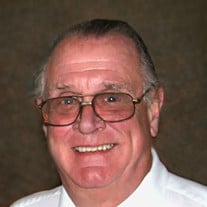 Donald Gerard Funk (Don) passed from this world on May 21, 2021 in Willoughby, Ohio. Don was born to Dwight and Evelyn (nee Behner) Funk in Euclid, OH on July 9, 1954. He grew up in the Mentor Headlands and resided in Eastlake for the past 35 years. Don was loved and respected by everyone who knew him. He had the largest heart and would drop anything he was doing to help someone in need. Furthermore, Don served his community in many ways over his lifetime. He raised his three children as a single father, served as a Girl Scout Brownie Leader, Cub Scout Master and Cub Scout Leader. Don served on voting committees and served over 25 years on the Louie Run organization. Don was a long time Harley owner and was a well known and loved member of the entire biking community. In addition, he was a member of the North Coast Triumph Association for many years. Don also achieved 31 years of sobriety and was an active member of The Miracle Group of AA. Survivors include his life partner of 25 years, fiancée Kim Roberts Hardie, of Eastlake; Children, Jennifer Schwartz (Craig) of Warren, Rebecca McCarthy (Jeremy) of Willowick, and Jim Funk of Mentor, stepchildren Kara Mason (Ryah) of Gainesville, TX, and Courtney Criswell of Eastlake; Grandchildren, Patrick McCarthy, Reid Schwartz, Kayce Criswell, Lyra and Inara Mason and Mariah Weakland. He is also survived by his brother Jim Funk (Linda) of Des Plaines, IL; his sister Kathy Russel (Rick) of Downer Grove IL; and many cousins, nieces, nephews, and countless friends. Don was predeceased by his parents Dwight and Evelyn Funk and his sister Linette Funk Pleva. Family will receive friends on Saturday, May 29, 2021 from 2:00 to 6:00pm at Monreal Srnick Funeral Home, 35400 Curtis Blvd, Eastlake. A funeral service will immediately follow at 6:00pm also at the funeral home.

Donald Gerard Funk (Don) passed from this world on May 21, 2021 in Willoughby, Ohio. Don was born to Dwight and Evelyn (nee Behner) Funk in Euclid, OH on July 9, 1954. He grew up in the Mentor Headlands and resided in Eastlake for the past 35... View Obituary & Service Information

The family of Donald G. Funk created this Life Tributes page to make it easy to share your memories.

Send flowers to the Funk family.