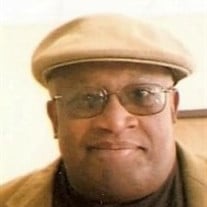 Donald Jordan was born to the late Fannie Laster Jordan Hale and George Perry on September 4, 1951 in Cleveland, Ohio. Donald attended Max Hayes High School where he discovered a love of electronics. He did an internship at Warner and Swasey. He was awarded a scholarship to the University of Dayton, his beloved alma mater, where he received a bachelor's degree in Electrical Engineering in 1974 after completing his Associates degree at Cuyahoga Community College. With his knowledge and know-how, he was able to not only have a long career as a Purchasing Agent and the Minority Business Coordinator at ALCOA but he also was an inventor of several patents while at ALCOA for technologies that are still being used today in the manufacturing industry. Despite his many academic and professional accomplishments, if you were to ask Donald what his biggest accomplishment in life was, he would say winning the heart of his beloved wife of 46 years, Leslie Jordan, and convincing her to marry him. Donald was an avid reader and had an enormous book collection. He loved music of all types and leaves behind an amazing collection of records and CDs. He loved playing chess, golf and was a devoted Cleveland sports fan. He was well read on a variety of subjects and shared his knowledge to everyone whether you wanted to hear it or not. Donald was a loving husband, father, and grandfather. In addition to his wife Leslie and sons Xavier and Demetrius, Donald is survived by his daughters-in-law Chantel Jordan and Sali Jordan, his grandchildren Mia and Miles Jordan, and his sister Shawn Tyler (Alonzo). He also leaves behind other family members and dear friends. Donald was preceded in death by sisters Barbara Peck and Patricia Jordan. A vigil will be held on Monday, October 18, 2021 from 6 - 8 PM at Monreal Srnick Funerals & Cremations Home, 35400 Curtis Blvd., Eastlake Ohio. His Funeral Mass will be on Tuesday, October 19, 2021 at 11:00 AM at Immaculate Conception Church 37932 Euclid Avenue Willoughby, Ohio. In lieu of flowers, donations can be made to the University of Dayton (Multi-Ethnic Engineers Program - MEP). The link to make online donations is listed below and please list the full name (Donald Jordan) in the comment section. The family greatly appreciates your gifts, thoughts and prayers during this time. https://www.givecampus.com/campaigns/7956/donations/new *The University mailing address is also listed on this site for those who prefer this option.

Donald Jordan was born to the late Fannie Laster Jordan Hale and George Perry on September 4, 1951 in Cleveland, Ohio. Donald attended Max Hayes High School where he discovered a love of electronics. He did an internship at Warner and Swasey.... View Obituary & Service Information

The family of Donald Gabe Jordan created this Life Tributes page to make it easy to share your memories.

Send flowers to the Jordan family.