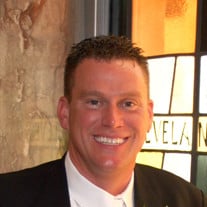 Jeffrey Kirkner, age 53, passed away on April 4, 2021. He was born in Green Township, Ohio on March 6, 1968 to Patrick and JoAnn Kirkner, both deceased. Jeff was a loyal fan of Notre Dame College, Fighting Irish, and a daily reader of the South Bend Tribune. He also was an avid fan of the Cleveland Indians and the Cleveland Browns. He was a proud employee of the Indian's Loge Concessions during the 1995-1997 Championship Years. He was a 1986 graduate from South Range High School in Canfield, and a 1990 graduate of Bowling Green State University. He was married to his beloved wife in 2006. He enjoyed traveling with his wife and exploring from Hawaii to the Arctic Circle. He was a friend to all and stranger to none. He began his civil service as a social worker in Trumbull County, then he moved to the EMS at Lane Ambulance and Youngstown Fire Dept. He joined the Eastlake Fire Department in 1999, where he was promoted to Lieutenant in 2011. Jeff was a passionate smoking cessation instructor at the Metro Health Medical Center. He was an integral part of the safety of the community as a member of the fire department's, Technical Rescue Team, Water Rescue/Dive Team, Training Division, and the Head of the Public Education Division. He was recognized and awarded firefighter of the year in 2012, Lake County Blue Coat Award Winner in 2009 and Awarded three Unit Citations. He is survived by his soulmate, Christina Kirkner (Sutch), his father and mother-in-law, Alan and Donna Sutch, his siblings, MaryAnn (Brett) Baxter, Mike (Kaitlyn) Kirkner, Beverly (William) Goings, Greg (Molly) Kirkner, and Julie (Kevin) Kirsh, his nieces and nephews, Brett Jr., Stephanie, Nick, JoAnn, Jordan and Jacob. He was preceded in death by his brother-in-law, Scott Sutch, and his Sister-in-law, Jackie Kirkner. Visitation will be held Friday, April 9, 2021 from 1-5 pm at Monreal Srnick Funerals & Cremations Services for Jeffrey Kirkner will be held on Friday, at 5 pm at Monreal Srnick Funerals & Cremations, 35400 Curtis Blvd., Eastlake. Family request Donations in Jeff's name to Hospice of the Western Reserve, 300 E. 185 St., Cleveland, Ohio 44110 and/or the Eastlake Firefighters Association, 35150 Lakeshore Blvd., Eastlake, Ohio 44095 Link for the service. Click here. https://us02web.zoom.us/j/6208672049?pwd=aWJveG16azZ5bFBWUDRkaCtNL3hBQT09

Jeffrey Kirkner, age 53, passed away on April 4, 2021. He was born in Green Township, Ohio on March 6, 1968 to Patrick and JoAnn Kirkner, both deceased. Jeff was a loyal fan of Notre Dame College, Fighting Irish, and a daily reader of the South... View Obituary & Service Information

The family of Jeffrey J Kirkner created this Life Tributes page to make it easy to share your memories.

Send flowers to the Kirkner family.