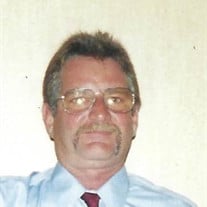 John “Mike” Carrabine, age 65, of Wickliffe formerly of Mayfield Hts., passed away August 25, 2019. He was born in Cleveland, on July 1, 1954. He was a proud and loving father, grandfather, son, brother, uncle and dear friend who will be greatly missed by all who knew him. His greatest joy and source of pride was his daughter and grandchildren. Next came his dear love of his Harley motorcycle and the outdoors. He was also an avid Cleveland Browns fan, whether they were winning or losing he was an all-around sport enthusiast. When he wasn’t enjoying that he was busy watching his all-time favorite sitcom, “Cheers” or passing time by listening to music. Mike is survived by his daughter Toni Marie (Tom) White, grandchildren Angel, Star and Dylan White, mother Hazelmarie Carrabine (nee Ackley), siblings Mary (Bob) Ola, Patricia (Joe) Catanese, James (Laura) Carrabine, Susan (Mark) Barresi, and Tim Carrabine, many nieces and nephews. He was preceded in death by his beloved father, Dr. John Carrabine and nephew Scott Hillier. Visitation will be on Friday, August 30, 2019 from 3 to 7pm at the Monreal Funeral Home, 35400 Curtis Blvd., Eastlake. A Funeral Service will be held at 7pm also at the funeral home.

The family of John Michael Carrabine created this Life Tributes page to make it easy to share your memories.

Send flowers to the Carrabine family.