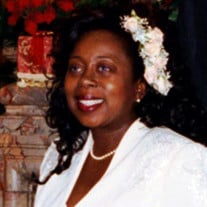 Lili’s family is extremely grateful that everyone will honor her wishes. Due to the surging pandemic. There will a private ceremony for Lili Bradford-Barnes and internment at Western Reserve Memorial Gardens with only her immediate family. Lili and her husband discussed daily how reckless and dangerous it was for people to gather during these difficult times. When the pandemic is under control there will be a fitting celebration and memorial for the amazing lady she was and the legacy she will leave behind. Please save any funds that were intended for flowers. A committee is being formed to establish a scholarship in her memory. It is a fitting legacy that she can inspire and educate after her passing. Lili D. Barnes (nee Bradford) passed away December 2, 2020. She is survived by her beloved husband R. Timothy, son Garrett Bradford, daughters Ning, Bow, and Opor, her granddaughters Gabrielle, Gelya, and Ploy, and her best friend Janice Lombardo. Lili was preceded in death by her brother Roderick and her parents Dorothy and Johnes Bradford. Lili was born in Cleveland OH. She attended Wickliffe City Schools K-12, earned a BA in Music from Heidelberg College, and Masters in Education from Trenton State University. Lili was raised in the Covenant Baptist Church. She taught in the Wickliffe City Schools for 34 years. (taking a 2-year sabbatical to teach in Saudi Arabia) Lili was a member of the Philathean Society, Girl Scouts, Wickliffe Outlook Club, Environmental Commission for the City of Wickliffe, Kent Area Chapter of the Links, Board of Directors for Big Brothers & Sisters, Vocal Director Wickliffe City Schools, Vocal Director Dharan School Saudi Arabia, attained permanent Teaching Certification 1998, Wickliffe High School Vocal Boosters, and Wickliffe City Schools Music Department Chair. Lili was in the Who’s Who Among Americas Teachers Publication, received the Golden Apple Achiever Award, and was named Walmart & Sams Club Teacher of Year in 2007. She had many other awards and achievements too numerous to list. Lili had a lifelong affair with music and theater. She was an accomplished singer, composer, educator, director, and performer with the gift of infecting others with her love of music, theater, and drama. She was a classically trained singer and performed at many weddings and events. Lili and her core group of moms, dads, friends, and former students produced musicals and plays at Wickliffe Middle School and Wickliffe High School for many years. Starting in the spring of each school year her day would start early in the morning teach all day then end late at night after rehearsing, building sets, working out technical issues, holding hands, dispensing tissues, settling disputes, organizing fund raising efforts, feeding children and parents, and literally being immersed in the productions for months until the final call and she would collapse and tell her husband this is the last one. The last one was many years later. Many of her students pursued their education and careers in the music, theater, and show business industries. Lili believed in family not only related by blood and legal means but the family created by sharing good times, sad times, and difficult times. She had such a large heart and her arms were always available for a comforting or joyous hug. Lili brought Garrett into her life in 1985. Garrett blessed her with two bright, beautiful granddaughters Gabrielle and Gelya. Lili and her husband attempted to start a family of their own but were not successful. Rather than dwell on the negative, she convinced her husband to become involved in AFS hosting foreign exchange students. They hosted five young ladies, all from Thailand. Three of those young ladies literally became her daughters. She and her husband visited Thailand three times once for a vacation, the second for her daughter Ning’s wedding, and finally to be there for the birth of her granddaughter Ploy. One of her greatest joys was being called “YaYa”, because it would always start a conversation about the name’s meaning and origin. Then she could joyously tell anyone who would listen how proud she was of her family, what they meant to her, and how they were going to make the world a better place. Lili had the most beautiful eyes, not just the physical beauty of them. She saw potential and talent in her students, forgiveness, and inclusion. She did not see a brown, white, black, or yellow child. She saw a child who needed nurturing, encouragement, and sometimes just someone who believed in them. She was fiercely loyal to her family, her lifelong and new friends, and was always willing to share a kind word or hand up to those close to her heart and often times to an acquaintance’s or a complete stranger. Lili saw forgiveness, she forgave the domestic violence she endured, she forgave the sexual assault she endured, she forgave the overt and covert racism she endured, she forgave the lies spoken about her, she forgave those who took advantage of her kindness. Most importantly she forgave herself for any errors she felt she had committed. Her husband’s favorite saying of Lili’s was: “The best revenge is to do better” She truly lived and demonstrated that every day of her life. Lili Bradford-Barnes will be truly missed as she was the kind of person the world needs. Her kindness, compassion, inner and outer beauty, loyalty, belief in others, and determination are exactly what we should all aspire to emulate and share.

Lili&#8217;s family is extremely grateful that everyone will honor her wishes. Due to the surging pandemic. There will a private ceremony for Lili Bradford-Barnes and internment at Western Reserve Memorial Gardens with only her immediate family.... View Obituary & Service Information

The family of Lili Barnes created this Life Tributes page to make it easy to share your memories.

Lili’s family is extremely grateful that everyone will honor...

Send flowers to the Barnes family.