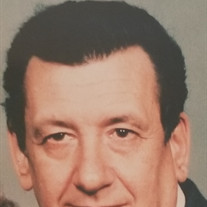 Memorial service for Milton S. Debelak Jr 77, will be at 10am Friday September 4,2020 at The First Baptist Church of Willowick, 31433 Vine Street, Willowick, Ohio 44095 with Pastor Rob Mieden officiating. A resident of Euclid Mr. Debelak was... View Obituary & Service Information

The family of Milton S. Debelak created this Life Tributes page to make it easy to share your memories.

Send flowers to the Debelak family.