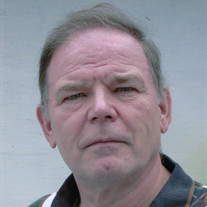 James “Jim” Oboczky, age 81, of Euclid, passed away December 25, 2020. He was born in Johnstown, PA, on June 17, 1939, to the late John and Jane Oboczky. He was a proud and loving father, grandfather, brother, uncle, cousin, and friend who will be greatly missed by many. Jim is survived by Tim (Renee) Oboczky, Vicky (Ed) Vigil, Chris (Ed) Glenn, and Michelle Oboczky, grandchildren Abigail, Amelia, Ashley, and Brooke, siblings Sue (Butch), Oelbracht, Marie (Keith) Shipley, Hilda Reardon, Linda Browning-Callander and Joe (Sylvia) Oboczky. He was preceded in death by his parents and brothers Robert Oboczky and John Oboczky. Visitation will be on January 4, 2021 from 6 to 8pm a funeral service will be held at 7:30pm at Monreal Srnick Funeral Home, 35400 Curtis Blvd., Eastlake.

The family of James H. Oboczky created this Life Tributes page to make it easy to share your memories.

Send flowers to the Oboczky family.