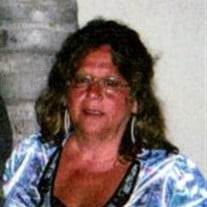 Marjorie “Marge” L. Papp, age 68, of Eastlake, passed away August 20, 2019. She was born in Barnesboro, PA, on December 14, 1950, to the late Edward and Dorothy Costello. She was a proud and loving wife, mother, grandmother, sister, aunt and friend who will be greatly missed by all who knew her. Marge had a joyful and compassionate heart, but her greatest joy was her grandchildren. Marge proudly retired from Deepwood Center after 23 years of dedicated employment. In her free time, she enjoyed attending Nascar events and spending time on the Florida beaches. Marge is survived by her loving husband of 46 years, William P. Papp, daughter Jill (Jeff) Hassel, grandchildren Ben, Nate, Janella, Brock and Giana, siblings Ron (Marge) Costello, sisters-in-law Sue Costello, Lillian Trzop, Linda (Phil) Walentiny and Laurie (Charles) Park and many nieces and nephews. She was preceded in death by her son, William C. Papp, brother Edward Costello and sister-in-law Carol Biondolillo. A Funeral Service will be held at a later date. Arrangements entrusted to Monreal Funeral Home.

The family of Marjorie L Papp created this Life Tributes page to make it easy to share your memories.

Send flowers to the Papp family.